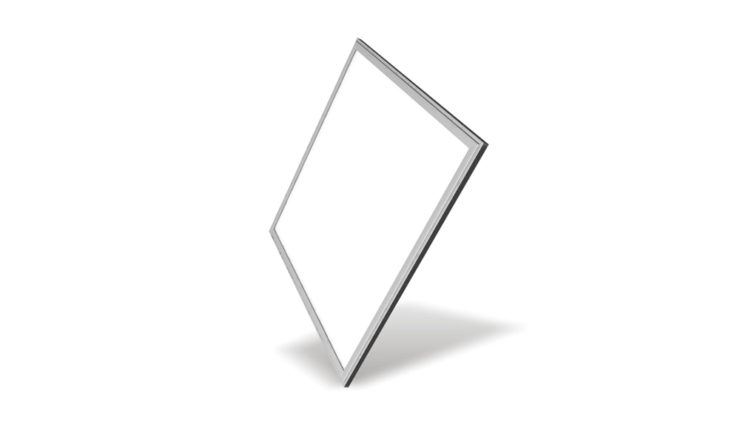 Although with many advantages, and LED lights are very popular all over the word and well accepted by many user. There are still some disadvantages of LED lighting which needs improvement. One of them is that LED lighting is a little bit sharp for human eyes. Stare at the cold LED light source for seconds and your eyes will not feel very comfortable.Not that eye friendly as incandescent lights. Many LED lamps are using a frosted glass to diverse these light, and try to give a better feeling. These lamps are usually selling better.

One of these LED lamps is LED panel light, which come from the idea of Grid light. In fact there are still LED grid lights in the market, which consist 3 pcs of LED tube lights in a grid base, the lighting effect is good,but consider to give user more warm and harmony lighting, but from the frosted lamps idea, designers begin to make an entire LED panel light, instead of some pieces of LED tube lights.

So how can we make an LED panel light ? We use brand name SMD led chips as the light source, which usually be SMD2835, SMD5630 led chips which comes from Samsung or Epistar, they are famous for reliability and harmony in lighting distribution.

Similar with LED strip light, LED panel lights use hundreds of SMD2835 or SMD5630 led chips for lighting source ( Led strip light usually use SMD2835 and SMD5050 as lighting source ). There are two major types of LED panel lights in the market. One with built in power supply, the other with external power supply outside the panel. The built in one will be relatively more thick, some might be 8cm, with the SMD led chips on the bottom of the panel( which is usually called back-lit led panel light ), The other one can be only 9mm thickness, with the SMD led chips on the 4 sides of the panel ( which is usually called edge-lit or side-lit led panel light ). Which one is better? there is no certain answer. The thick one can be better in safety and heat radiation theoretically, but it still depends on the manufacturing process and the materials used.And actually the edge-lite led panel light is actually more popular in the market used for commercial and home lighting purpose, as they are more cheaper, flexible in installation etc.